Guest post by author Janey Fraser - plus chance to win a copy of her new book, Happy Families

I'm delighted to welcome Janey Fraser, author of The Playgroup and The Au Pair, as she stops by on the blog tour for her new novel, Happy Families. Here, she asks: Am I the only one who embarrasses my kids?
Happy Families is out on Thursday. There are three copies up for grabs, simply post a comment for a chance to win.* 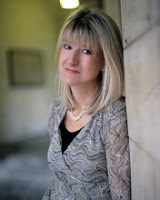 I don’t mean to do it – well, not all the time – but I do seem to have an unhappy knack for putting my foot in it. Take the other day when one of my children did something which made me so cross that I gave her a sound telling off. In front of half a dozen of her (gob-smacked) friends.

So what happened? Instead of apologising to me for doing what she shouldn’t have, my offspring turned the tables and told me off instead. ‘What will my friends think ?’ she demanded. ‘You’re so embarrassing!’

Oh but I can do better. There was the time I drove one of them to school, still in my dressing gown because, despite getting up at 6am, I’d run out of time to get dressed. Unfortunately, one of the teachers at school came up for a word…... My son, squirming in the front seat, has never let me forget that one.


Then there was the day I took the children shopping in Oxford Street and asked the sales assistant if he’d mind turning down the very loud music with extremely rude lyrics. The children nearly passed out at that one but it worked, so you might like to try it yourself.

Personally, I tell the kids that embarrassing them is a perk of the job. ‘I agree,’ said a friend of mine with a rather colourful taste in clothes. ‘My son hates it when I wear what he calls my ‘hippy jacket’ because of its orange and red stripes. But he’s not going to stop me.’ 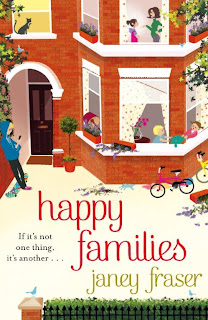 Refreshingly, it’s not just us ordinary parents that are guilty of making our children blush. I once interviewed Lord Lichfield who told me that he took great pleasure from turning up to his son’s school for sports day, on his motor bike in black leathers.

Sometimes of course, it’s the kids that embarrass us. In fact, I have a terrible confession to make. When one of my children (better not say which one) threw a terrible toddler tantrum once in a shopping centre, everyone started throwing me reproachful looks. It was REALLY embarrassing! So in a loud voice, I said ‘Now come on, stop that, or when we get back, I’ll have to tell your mother….’

Happy Families by Janey Fraser
is published by Arrow at £6.99.
To order a copy from Amazon,
click this box:


*Enter by April 8, open to UK residents only

Before you go, here's a parenting survey you may like to complete.

And here are the details of the rest of Janey's blog tour: