Author Lisa Jewell on her new novel - Before I Met You

Lisa Jewell is on a blog tour. Here, for Book Club Mum, she explains her inspiration for the '90s section of her latest book - Brit Pop London, a world just before the internet and mobile phones....


My novel, Before I Met You, is a dual time frame novel set in both the mid nineties and the early 1920s. But when I started writing it, way back in 2010, I’d intended it to be a simple love story set in the Brit pop years. I hadn't written a romance for years and I really wanted to see if I could still do it.

The – very tenuous – inspiration for the romance was actually the story of Meg Mathews who left the island of Guernsey back in the early 90s and by 1995 was married to Noel Gallagher and living it up with a phalanx of gossip-column celebrity mates in a huge house in Primrose Hill called Supernova Heights. I loved the arc of her life and the concept of leaving a tiny, compact island for the sprawling mess of London and finding yourself slap bang in the middle of the zeitgeist.

So I created Betty Dean, plonked her down on Guernsey and had her set off on the same journey. All I knew about her story was that she would rent a tiny flat in Soho and find herself living next door to a pop star. Dom Jones, my pop star, was a kind of hybrid of all those floppy-haired Primrose Hill characters from the 90s; a little bit Gallagher, a fair amount of Damon Albarn and a smattering of Jude Law.

In 1995 I was getting divorced from my first husband and had just started dating my second husband. I'd been cloistered away in the suburbs for five years and was rediscovering my precious London just as the UK was about to be crowned Cool Britannia and Liam and Patsy were to be photographed together for that iconic Vanity Fair cover in 1997. 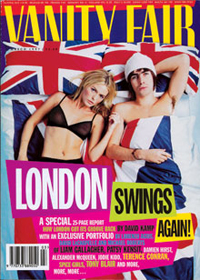 My husband and I spent most of the first two years of our relationship in various corners of Soho, drinking, eating in Chinatown, watching films in fleapit cinemas. And so it seemed only natural to me to use it as a setting for Betty’s adventure. The odd thing about writing about the 90s was firstly that it is very hard to come to terms with the fact that it was two decades ago. The nineties to me still feel like ‘a couple of years ago’! The other odd thing was that while London itself is virtually the same in many ways; the pubs, the restaurants, the tourists, the traffic, the impossibility of getting a parking space, the nightclubs, the people – in other ways it is like a foreign land. And that is because of technology.

In 1995 my husband was about the only person I knew who had a mobile phone. I didn't get my first phone until the late 90s. Before that if I wanted to call someone when I was out and about, well, mainly I just wouldn't. Why would you? But if it was an emergency, I'd have to find a phone booth and check that I had the right change to feed it. If I didn't have the right change and it was really urgent, I’d have to call the operator and ask to make a ‘reversed charges’ call. Then listen while the operator asked my mother (mainly) if she was happy to accept the call.

Numbers given out at nightclubs were written down on pieces of paper. And lost. Calls were made at home. If you wanted to find out more about someone you'd just met, you’d have to ask around. If you needed a phone number for someone you’d have to pull muscles lifting up a phone directory and then pore over it for an age, flicking through hundreds of pages. If you were looking for a number for someone called Jane Smith, forget it.

There was no social media in the 90s. No way of hooking up with people other than in Real Life. People read newspapers on the tube. And wrote each other letters. If you were running late for an appointment, that was tough luck, there was no way of letting anybody know you were ‘just round the corner’. 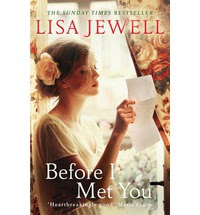 In the 90s my husband bought me a Sony Discman for my birthday. The very height of modern technology. This massive lump of plastic followed me around wherever I went, with one CD in it which I'd have to listen to all day long.

As I say, another world. But actually, from an authorly point of view, writing about this period was a gift. Particularly once I’d added in the other time frame and set Betty off on a mission to track down the mysterious beneficiary of her grandmother’s will. If I'd set the novel in the present day, Betty would have run a few Google searches and found Clara Pickle in a day! As it was, I was able to set Betty off on search by foot through the city, meeting colourful characters and uncovering fascinating nuggets of history as she did so.

I am as much of a convert to the joys of infinite and constant access to technology as the rest of the world. I love the internet with a passion. Google is my best friend and I’d be lost without my phone. But I do think fondly of the ‘old days’ when London was the coolest place in the universe and you could walk its streets, uncontactable, invisible, lost in the moment, lost in thought.

Before I Met You by
Lisa Jewell is out now,
published by Arrow,
priced £7.99. To buy a
copy from Amazon,
click this box:


For details of the rest of Lisa's blog tour...

Posted by Claire Bottomley Book Club Mum at Thursday, May 16, 2013
Email ThisBlogThis!Share to TwitterShare to FacebookShare to Pinterest